A Message from the Police Department Administration

The South Portland Police Department is proud of its involvement in the community.

This web site is designed to enhance our involvement and allow the community to be informed about the department and public safety issues.

If you have any comments, questions, or ideas to improve this site, please let us know. 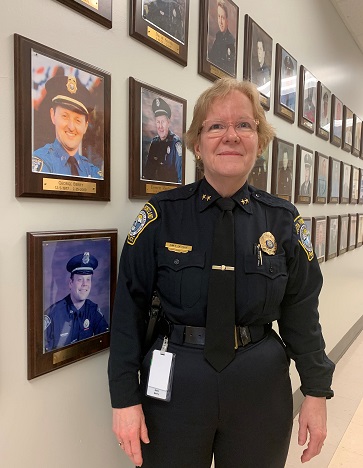 Acting Chief Berry joined the department in 1977. After her promotion to the rank of Sergeant in 1984 and to the rank of Lieutenant in 1985, she was appointed Deputy Chief in 2001 and is presently Acting Chief of South Portland Police. She earned an MSB in business from Husson and is a graduate of the 190th Session of the FBI National Academy. She also served as a member and past Chair of the Board of Trustees for the Maine Criminal Justice Academy.