The South Portland Historical Society offers a series of brass ornaments that cover various historic places in South Portland. Each ornament is cast in a durable metal with a beautiful brass finish, and comes in a protective cloth bag. It also includes a card outlining the history of the site and which lets a gift recipient know that proceeds from the sale of each ornament go directly to the South Portland Historical Society and its museum. These ornaments are available for $19.95 plus tax at the Society's museum gift shop at 55 Bug Light Park, South Portland, ME 04106. Shipping is also available; please call us at 207-767-7299 to inquire. 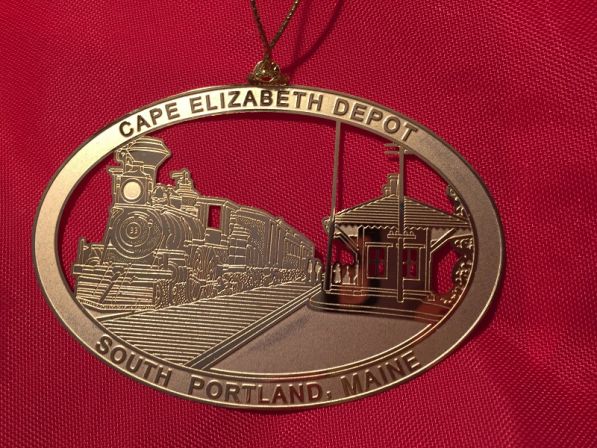 The 6th in the series is the Cape Elizabeth Depot ornament, released in 2019. An old-time locomotive is shown pulled up at the passenger train station on the Portland, Saco & Portsmouth railroad line in South Portland. The site where the train depot once stood is now covered by Domino's Pizza, near the intersection of Broadway and Evans Street. 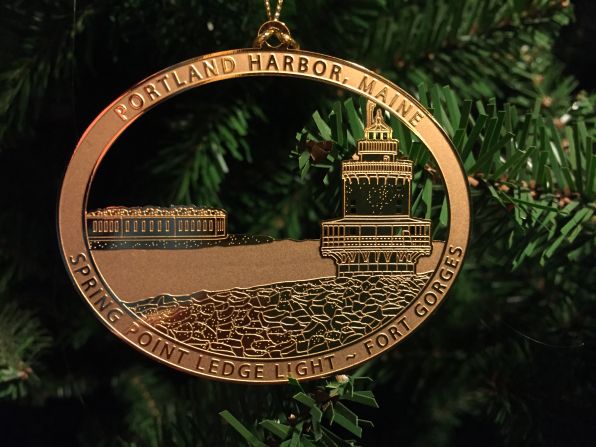 The 5th in the series is the Portland Harbor ornament, released in 2018. Spring Point Ledge Light and Fort Gorges are landmarks in Portland Harbor and are both listed on the National Register of Historic Places. Spring Point Ledge Light was first lit in 1897 by Keeper William Lane. The lighthouse still operates and serves as an aid to navigation. Construction of Fort Gorges began in 1858 and advanced quickly throughout the Civil War. Completed in 1865, the fort was already obsolete and was never manned. 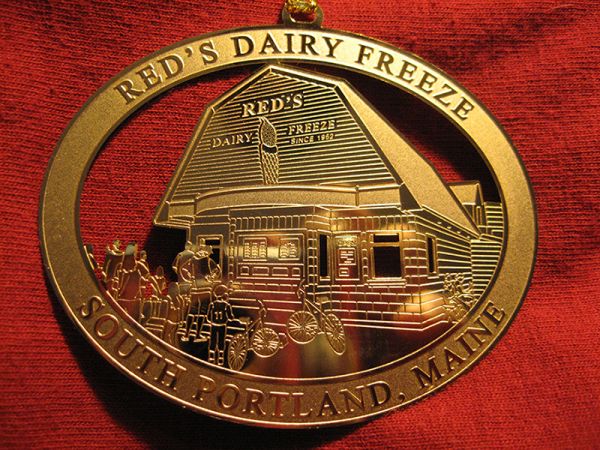 The 4th in the series is the Red's Dairy Freeze ornament, released in 2017. Red's Dairy Freeze is a local landmark in South Portland. The business was originally established in 1952 by Leonard "Red" Bolling as a Tastee Freez franchise; Bolling would later drop the franchise and change the name of the ice cream shop to Red's Dairy Freeze. Over the years, the Bolling family has continued the tradition of serving up ice cream to generations of families, Little League and sports teams, churchgoers and more. Its opening each spring is a welcome sign that summer is on the way. 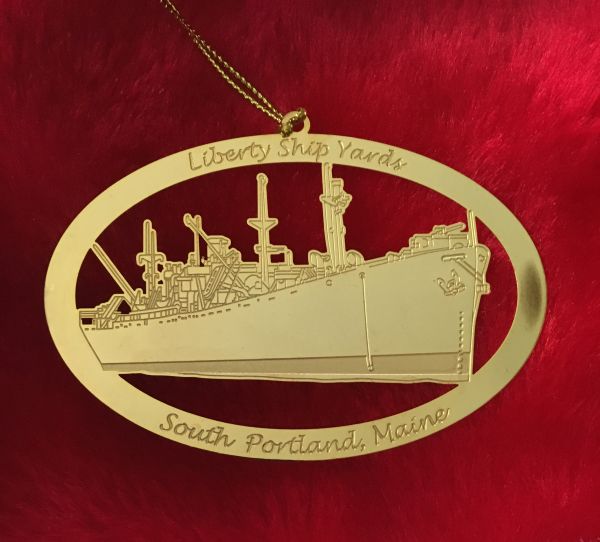 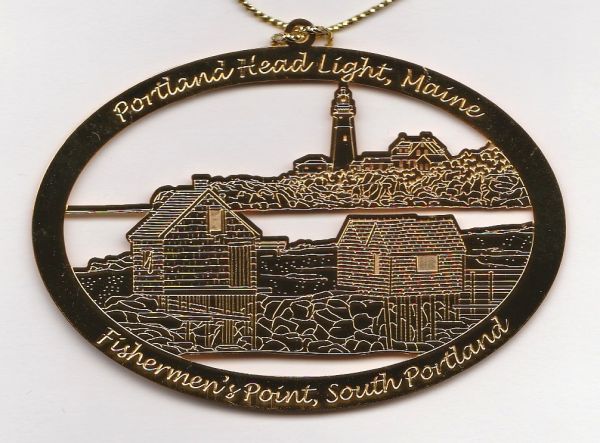 The 2nd in the series is the Fishermen's Point ornament. It shows the fishing shacks at Fishermen's Point in South Portland, adjacent to Willard Beach, with the majestic Portland Head Light lighthouse in the background. Fishermen's Point is a historic site in So. Portland, ME. Early in its history, it was known as Wharf Point and large sailing ships used to tie up at a large pier there to load and unload. In the past century, the point has been home to shacks that were used by lobstermen and fishermen for storage of nets, buoys, traps and other supplies. There once were many fish shacks along the point, but in more recent years, just three shacks have remained. 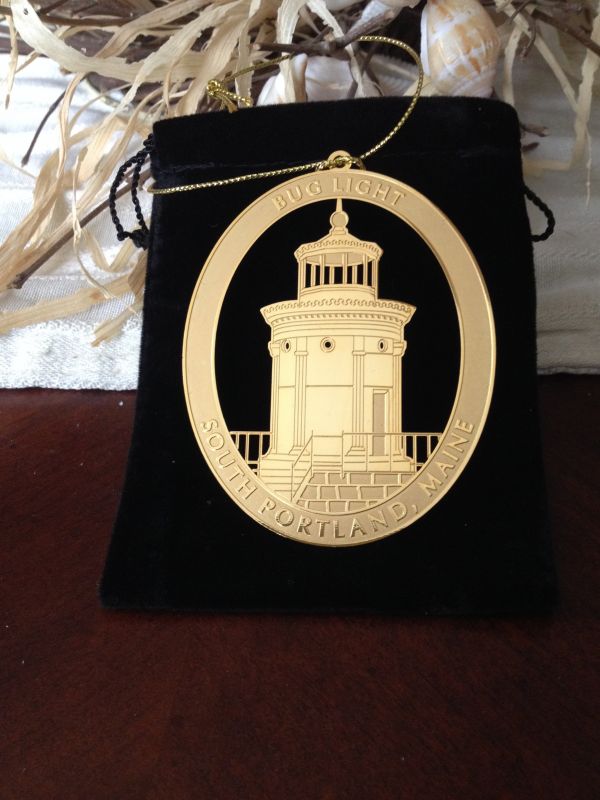 The historic society's 1st ornament in the series was initially made available in 2014. It features Portland Breakwater Light, more affectionately known as Bug Light in South Portland.  Bug Light is a part of the logo for both the historical society and the City of South Portland.  The lighthouse is one of only a few National Historic Landmarks which are currently designated in our city.